The crew at Project Mobility got to feel a bit of what it is like to play Santa Claus on Christmas Eva as Riley began delivering the adaptive bikes. We had lots of help from friends and families trying to keep the surprises a secret. In addition to making sure all the families would be home at just the right time, we had to time it just right for the Chicago News crews to arrive also. The weather did not cooperate it was so cold, rainy and icy which made travel from Chicago take longer than usual so the times were all changed at the last minute. But amazingly we pulled it off. There was a caravan of the Project Mobility Crew, followed by Riley and her family, and the news crews. It was quite a site. Our first stop was in West Chicago, we made it up the icy driveway to surprise Ava. Then off to St. Charles to surprise Jenny then to Geneva to surprise Rose. There is nothing like the feeling of seeing the smiles and tears of joy as each child received their surprise from Riley and all of you who donated to make this happen. Rose's brother could not have said it better; he told the news reporters that his little sister has always watched him ride his bike with his friends out the front window, now she can ride her bike too.

Because of the generosity of so many people all throughout the United States the donations came pouring in with a notation saying for Riley's bikes. Riley's goal was to raise enough money to get one child an adaptive bike for Christmas but she has surpassed that goal! 3 kids all got their own adaptive bike. Ever since Riley's story aired on those Chicago News Stations and in newspapers from all over, many more donations came in. Riley now gets to choose 2 more kids to receive bikes. We can't tell you who yet, we have to keep quiet to keep this a surprise, but check back soon and you can find out. As more donations come in then Riley will continue to surprise the so many deserving children waiting to see if Riley rings there doorbell!

You can still help Riley 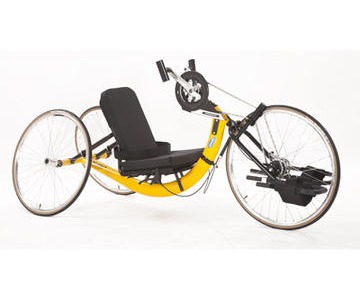 Ava got an Invacare XLT hand-cycle. It allows her to use her hands to power and control the bicycle. 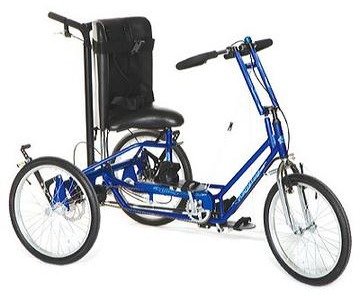 Jenny got a Freedom Concepts AS2000. It provides support and stability, as well as special pedals to allow her to ride successfully. In spite of the weather she immediately hopped on her new bicycle and took it for a spin. 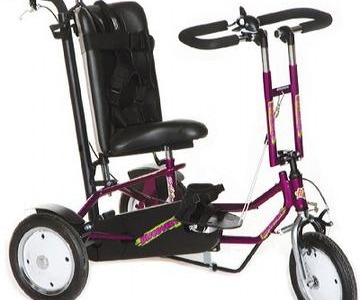 Rosie got a Freedom Concepts DCP12 Mini. Its sized down and built just for her.